Hodgdon H380 Powder has the widest selection of high-quality smokeless propellants for use in reloading applications available anywhere.

The Hodgdon H380 Powder for sale in stock now was originally developed for use in the 22-250 Remington rifle, and it quickly gained a reputation for accuracy and velocity. The H380  is also a fantastic performer in varmint cartridges such as the 220 Swift, 243, 257 Roberts, and other fine varmint cartridges.

When the late Bruce Hodgdon first used H380 Powder, it was an unnamed spherical rifle propellant. Today, it is known as H380 powder. When he discovered that a 38.0 grain charge behind a 52 grain bullet produced one hole groups from his 22 caliber wildcat (now known as the 22-250), he named the powder H380  after the number of grains in the charge. The H380  is also a fantastic performer in varmint cartridges such as the 220 Swift, 243, 257 Roberts, and other fine varmint cartridges. The grain is shaped like a hollow ball.

A Word of Caution Regarding Smokeless Powder:

Do not load the cartridges with more than the maximum loads specified in the reloaders guide.

There should never be any mixing of two powders, regardless of the type, brand, or source of the powders.

There are no reviews yet.

$39.99 – $269.99
HP38 is a spherical powder that is great for low velocity and mid-range target loads in the .38 Special, .44 Special, and 45 ACP. This high energy powder provides economy in loading. Available in 1 lb. container
Add to wishlist
Select options
Quick view

Alliant P. Pro 300-MP 1lb. Smokeless spherical magnum pistol powder Utilize our premium performance, consistent quality new powder offerings the next time you pull the trigger . Manufactured in the USA Improved velocity and density for more efficient metering and loading Maximum velocity and performance in magnum handguns Enables reloaders to duplicate certain factory loaded ammunition Density designed for proper cartridge fit Principal Purpose: Magnum Handgun/Pistol Secondary Uses: .22 Hornet WARNING: this product can expose you to chemicals which are known by the state of California to cause cancer and birth defects or other reproductive harm. for more information go to - www.P65Warnings.ca.gov

Winchester 231 Powder in stock have been around since the late 1800s. Customers that have shot Winchester factory loaded ammunition know that quality of propellant they’re receiving as soon as the first shot is fired. Bring that quality home to the reloading bench with the Winchester family of powders. 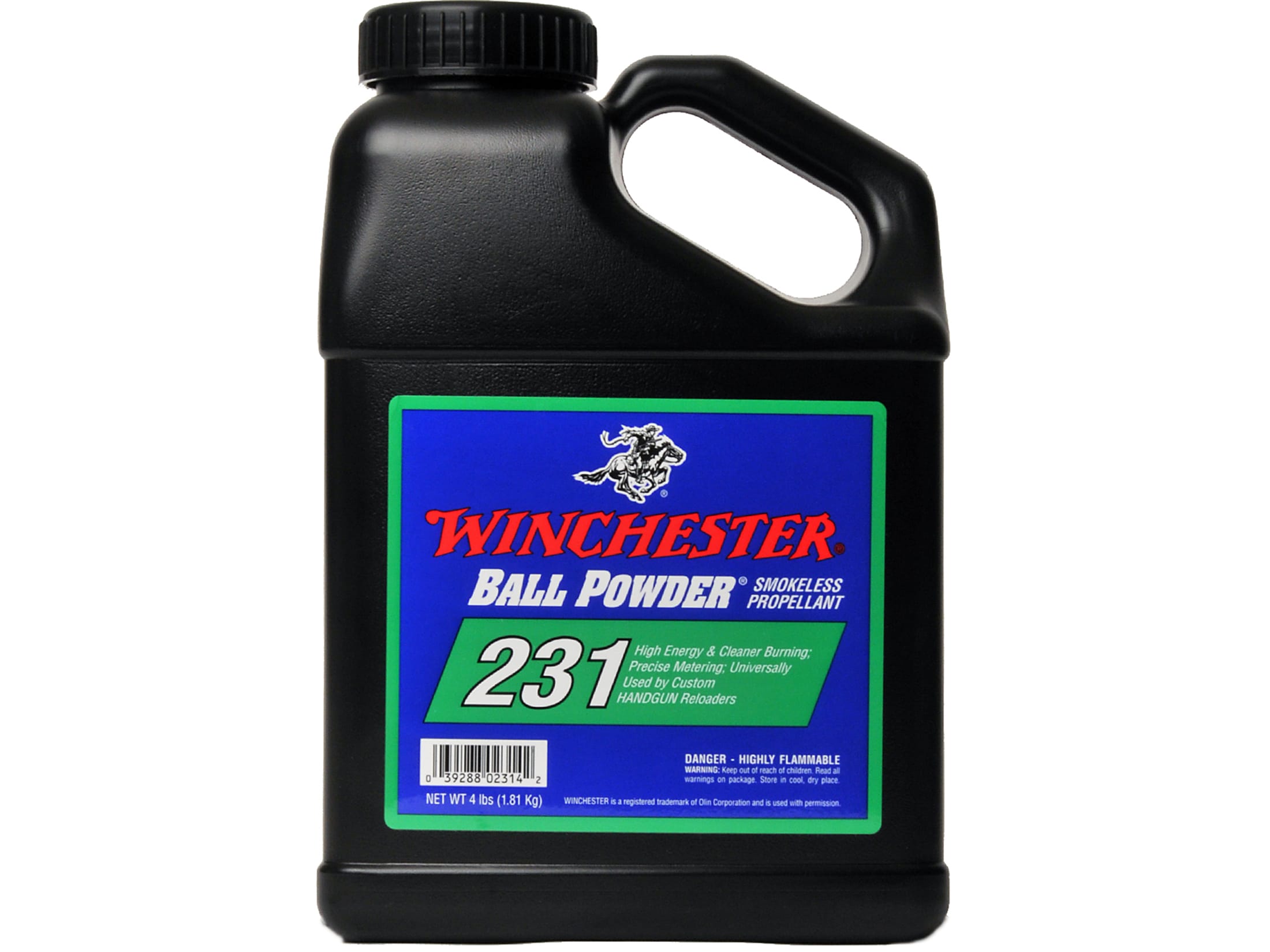 The Winchester 231 Powder in stock now for sale is clean, consistent and an excellent powder for just about any handgun load. Other Important Information:
Add to wishlist
Add to cart
Quick view

$25.99
Accurate TCM Accurate Powders is a company that definitely lives up to its name. The complete line of smokeless powders for handguns, rifles, and shotguns is engineered and lab-tested to maximize the precision and performance. Accurate uses the best ballistic technicians and the highest quality components together to assure that every gun is better served with Accurate Powders. No. 11FS is intended for full-power loads in magnum handguns and smaller capacity rifle cartridges. This double-base spherical propellant was developed with an eye toward personal defense and incorporates a flash-suppressant that substantially reduces muzzle signature in low light conditions. In the .300 Blackout, No. 11FS is capable of extremely high velocities with lighter bullets, making it the best propellant choice for shooters looking to maximize downrange performance. 1 lb. WARNING: This product can expose you to chemicals which are known by the state of California to cause cancer and birth defects or other reproductive harm. For more information go to- www.P65Warnings.ca.gov
Add to wishlist
Add to cart
Quick view

$98.99
Product Overview: Alliant 2400 Every container of Alliant 2400 for sale in stock near me Smokeless Powder is backed by
Add to wishlist
Add to cart
Quick view

You must be 18 years of age or older to view page. Please verify your age to enter.